Winifred Kiek, nee Jackson, was born in Manchester, England, in 1884, to Quaker parents, tea salesman, Robert Jackson, and his wife Margaret. Educated at Urmston Higher Grade School, she won a scholarship to Manchester Pupil Teacher Training Centre. In 1904 she entered the Victoria University of Manchester, graduating with a Bachelor of Arts in 1907, and became a schoolteacher. She married Edward Sidney Kiek, a Congregational minister, in 1911, and took on his religion; they had three children. After World War One, they migrated to Adelaide, where Edward Kiek became head of Parkin Congregational Theological College in 1920.

In Adelaide Winifred Kiek studied theology through the Melbourne College of Divinity, becoming the first woman to graduate with a Bachelor of Theology in 1923. She was ordained on June 13, 1927, at the Colonel Light Gardens Congregational Church, making her the first woman to be ordained to the ministry of any church in Australia. Drawing on British and US precedents, both she and her husband preached sexual equality stating that there was nothing in Congregational principles or common sense to prevent the ordination of women. They viewed St Paul’s anti-feminist views as temporary and of another historical period (Register, 14 June 1927). She saw her vocation as God-given, writing: ‘All alike are souls; all share, in the love of God and the redemption of Christ. The one thing that matters is personality, not the accidents of Physical form. We don’t join the Church as sexual beings, but as spiritual beings. God’s gifts are not conditioned by sex’ (Register News-Pictorial, 29 May 1929). 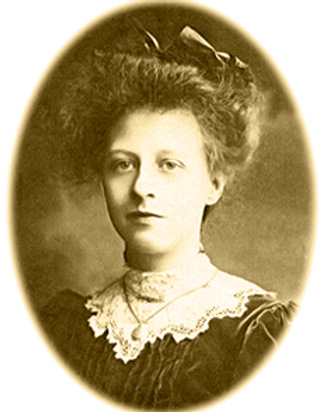 Winifred Kiek preached at Quaker meetings and in Congregational churches, particularly at the new Colonel Light Gardens Congregational Union Church in Adelaide, where, after her ordination, she became the pastor. She resigned from this position in 1933, but continued to give public addresses, and was a significant role model for women in the churches of Australia. In 1929 she was awarded an M.A. in philosophy at the University of Adelaide, and lectured at Parkin College from 1930. From 1939-1946 she was minister of the Knoxville Congregational Church.

Kiek led by example, combining her domestic role with a career. Her book outlining her child-rearing theories, Child Nature and Child Nurture, was published in 1927. She was also active in many women’s organisations: a member of the Women’s Christian Temperance Union and president in 1926; a member of the National Council of Women from the early 1920s, a convenor of its committee on equal moral standards in 1927-1931 and member of its committee for peace and arbitration from 1938-1950. She held office in the Women’s Non-Party Association (later League of Women Voters), and in the Australian Federation of Women Voters. She was twice vice-chair of the Congregational Union of South Australia and acting chair in 1944-1945.

Internationalist in outlook, Kiek was a member of the Pan-Pacific and Southeast Asia Women’s Association, attending conferences in New Zealand (1952), Sri Lanka (1955), Iran (1960) and Japan (1966). She and her husband were allied on theological and social questions, especially peace and world federation. In the 1950s she was the Australian liaison officer for the World Council of Churches’ women’s work. In 1953-1956 she was convenor of the Australian Council of Churches’ commission on the co-operation of men and women in the Church. Her second book, We of One House, was published in 1954.